I know. What on earth is a girl from Vermont who has never lived in much less spent any significant time in the South doing writing about fried green tomatoes? I’m not actually sure, but I started to obsess over them after watching the movie Fried Green Tomatoes. Side tangent – I have this thing were if I see food on TV that looks good I immediately want it and generally become locked in until I satisfy the craving. This means two things: Watching the Big Bang Theory almost always results in ordering takeout, and I’m going to be the most annoying pregnant lady ever some day. Anyway, it was back when Rob and I were dating and he had just moved in with his brother. It was summer vacation for me (I was in college) and so I was spending some time with him. Since he is a bit older and was immersed in the working world he wasn’t around during the day and I was left to keep myself busy.

It was mid-summer, sweltering, and the one room in the house that had air conditioning was the attic “man town” room. Luckily, the room also had a TV and HBO. Unluckily this meant that when Rob came home from work I had my ugly cry-face in full effect because I was watching the end of Fried Green Tomatoes for the first time. As the credits rolled I turned to him and tearfully said, “can we go get some fried green tomatoes?” We couldn’t because we didn’t know the first place to start (Yelp wasn’t a popular resource yet), so we went to Dairy Queen and got onion rings instead.

Since we didn’t fulfill my want for tomatoes I stewed about it for years. I finally, FINALLY got my chance when our friends got married down in Baltimore. And shocker, after all those years of buildup, I didn’t love them. Something was off, and they didn’t taste the way I thought they should. The second time I tried them was at a BBQ restaurant in Boston, and again something wasn’t quite right. The sauce was great, the tomato was nice and tangy, but the item as a whole was…floppy and I resigned myself to the thought that I might not like fried green tomatoes.

Then it happened, I saw them. Fresh, just off the vine. Sitting there, staring at me, beckoning to me, squeaking in their little green tomato voices, “fry us!!” I snatched them up and brought them home. There they sat for two days while I skirted around them, intimidated. I’m a novice fry-er. The things I’ve fried before include chicken and veal cutlets, and fish (once).

This morning after my 2nd cup of Earl Grey tea I did a little online research and found about 50 different recipes with 50 different techniques for frying those little green cuties. The basic idea is coat the tomatoes in stuff (traditionally cornmeal which explains why I haven’t liked them previously. I don’t love cornmeal.) and then pan fry or deep fry them. I don’t have a deep fryer so pan fry it is. As for the coating process, my husband is obsessed with veal parm so I went with that technique because it’s familiar: Flour dredge, egg wash, breadcrumbs, fry. The recipe I concocted is as follows:

1. Season your flour and breadcrumbs each with 1tsp of Essence.
2. Dredge both sides of a tomato slice in the flour shaking off any excess, then egg wash, then breadcrumbs and set aside on a sheet tray 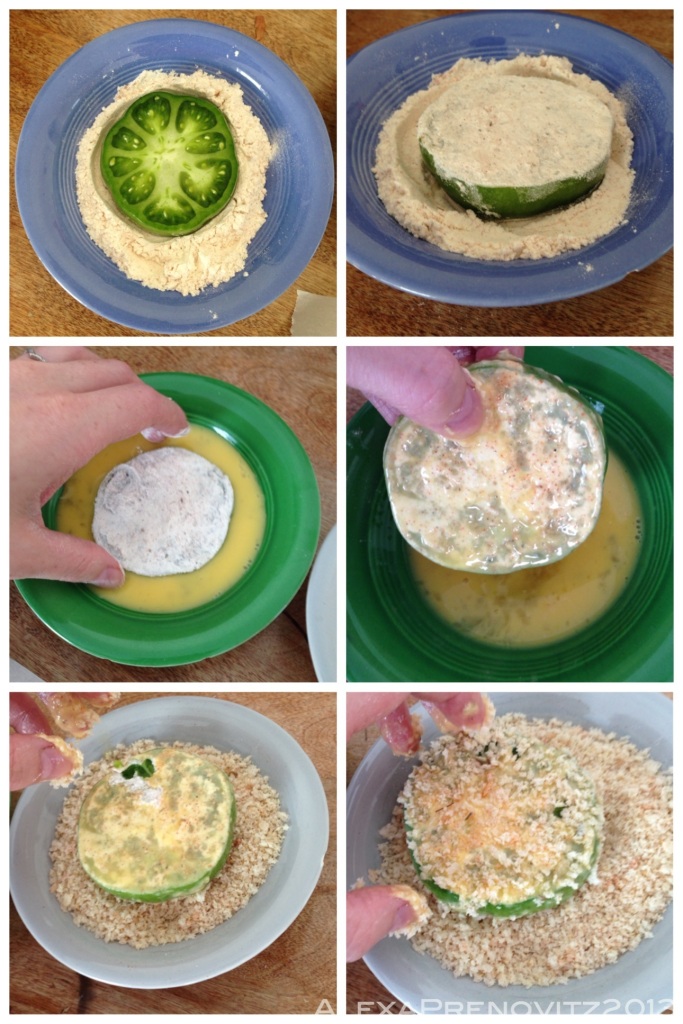 3. Repeat with all remaining slices of tomato. The number of slices you have will depend on the size of your tomatoes. If you run out of any of the coatings just make more. 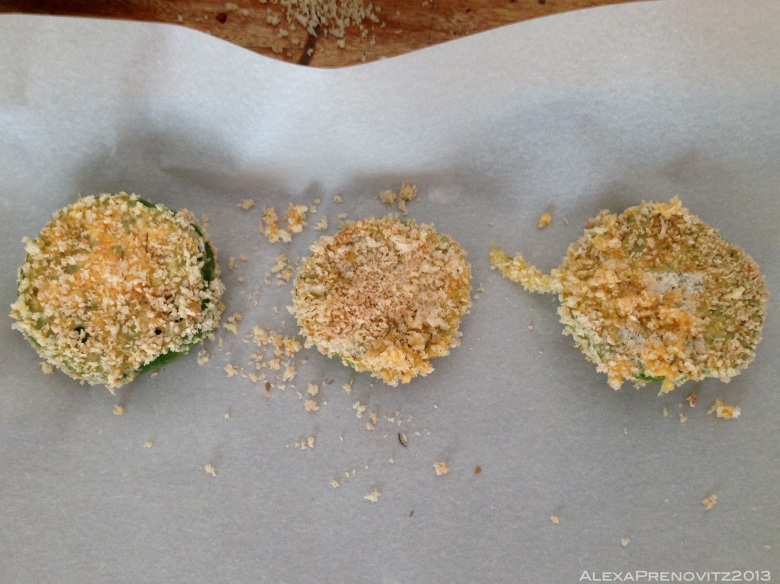 4. Once all the slices are prepped, put about ¼ inch of oil into your frying pan and let it come to temperature over medium high heat. When it’s ready for frying it will be rippling and will bubble when tested (drop a bit of the coating from the tomato in).

5. Add your tomato slices to the pan with tongs. Make sure to not crowd the pan and thus drop the temperature of the oil too much. 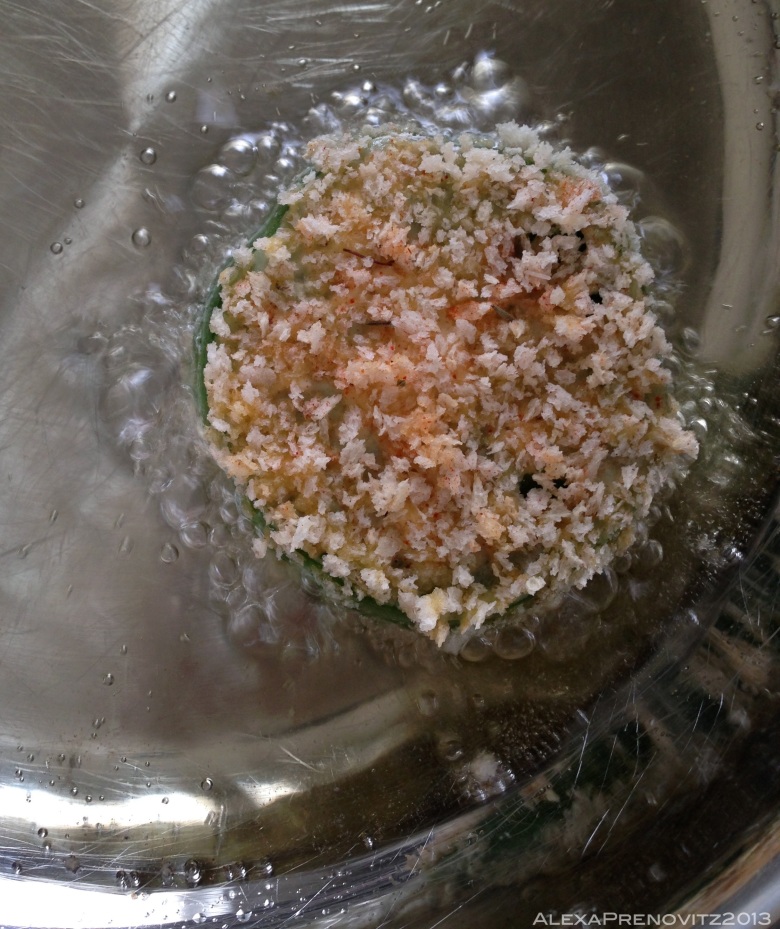 Cook until golden brown on the underside (2-3 minutes), then flip and cook the other side.

Remove and place on a paper towel lined plate to drain and salt immediately.

6. Repeat until all slices of tomato are cooked. Serve immediately. 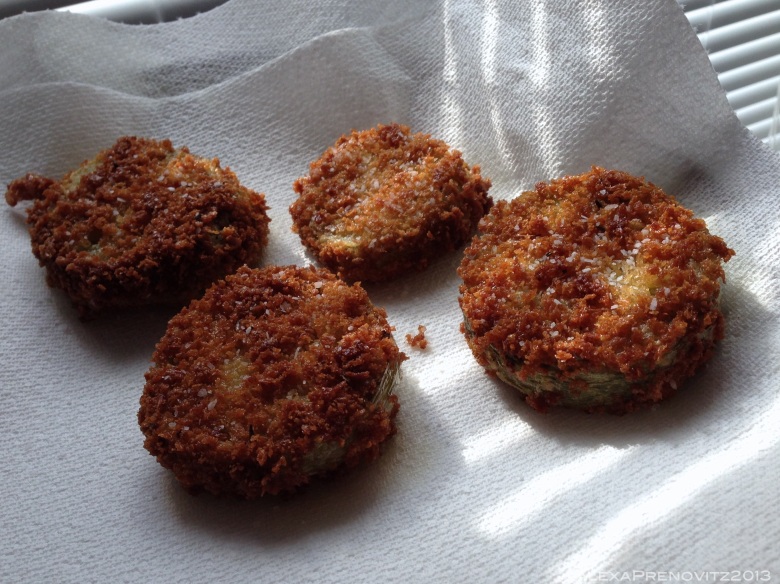 I made a random sauce to go with these fried green tomatoes out of mayo, apple cider, a pinch of Essence, and additional salt and pepper. I just added enough cider to thin out the mayo and make it less viscous. 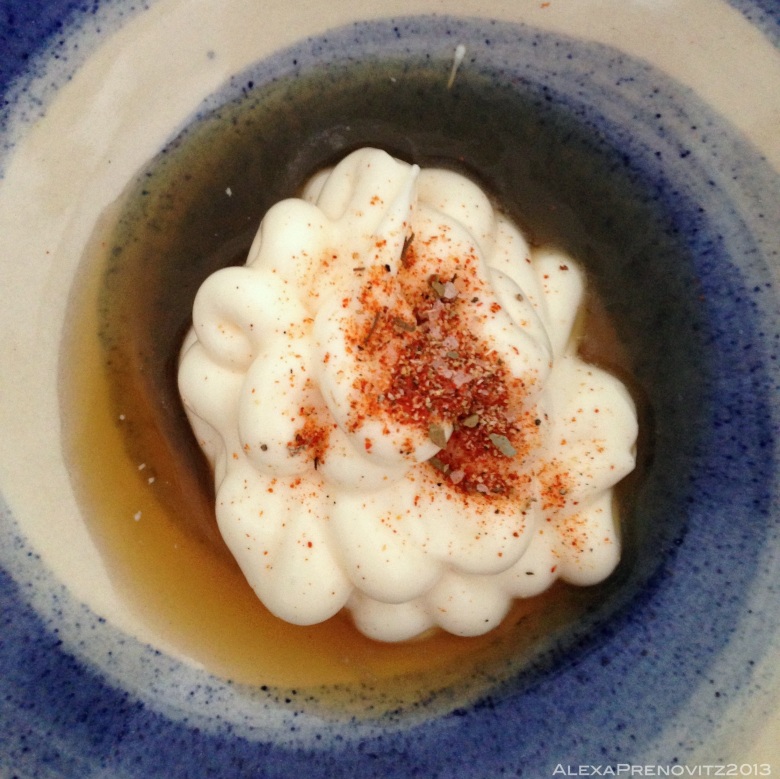 When it came to the taste test I was really nervous and hopeful that I didn’t just make a huge mess and waste an hour for no reason. Luckily, these tasted phenomenal and I have finally found a recipe for fried green tomatoes that lives up to what I’d hoped they would taste like. 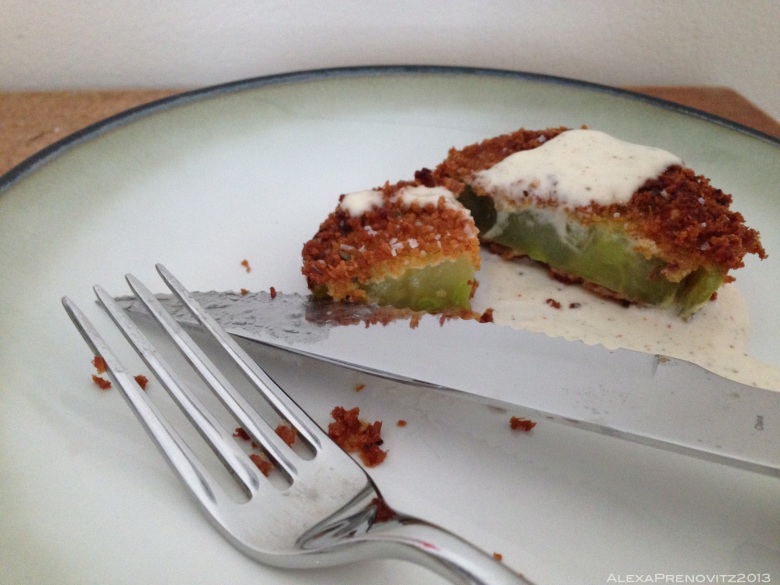 These were crispy on the outside, tart and soft on the inside with a touch of heat and my kitchen now smells like fried food. Even though it’s not the most traditional recipe, I still call it a win. 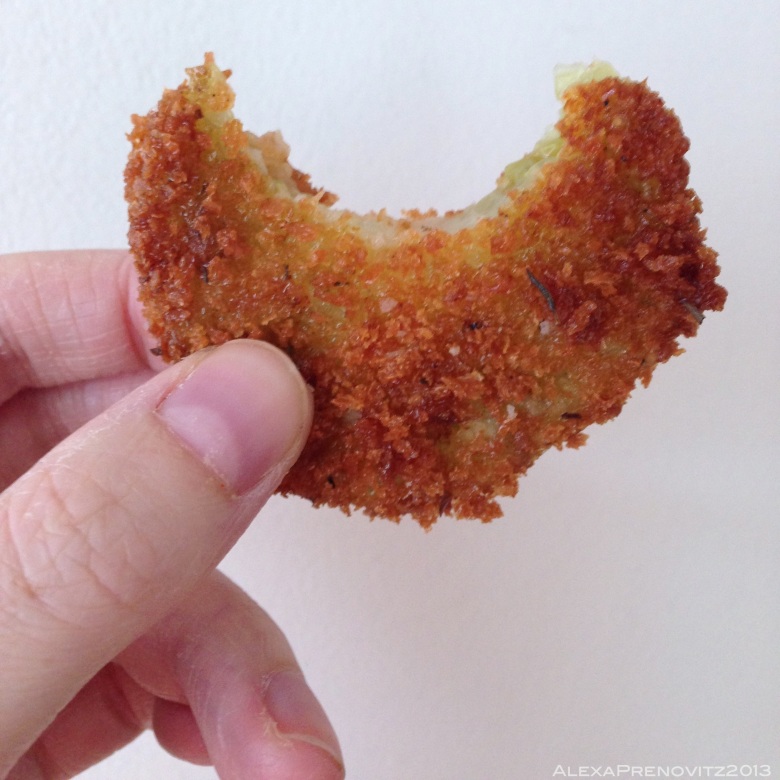 Additional notes: This recipe test did take me about an hour but that included tasting and picture taking time. Without that and now that I know the process works it could probably be completed in 20-30 minutes. Reheating: in the oven at 350 for 10 or so minutes will reheat them from room temp. They tend to steam from the inside and get slightly fall-apartey but the outside stays nice and crisp. It’s best to eat these as they come out of the pan but if you absolutely have to reheat them this is the way to do it.